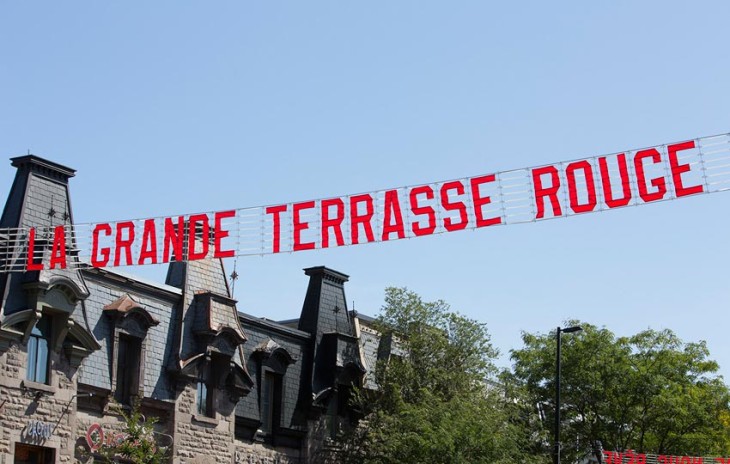 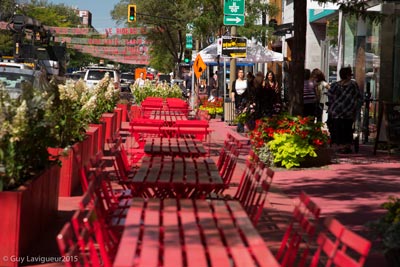 The festival was funded by the City of Montreal. It was conceived to support merchants along St Denis street. Set up between Roy Street and Mont-Royal Avenue, this terrace is nearly one kilometre long. The terrace lined with chairs and hammocks set the stage for a host of activities, entertainment and free events in the neighborhood of Plateau Mont-Royal.

This important commercial boulevard will be undergoing major repair work in late 2015-2016 and the city came up with an imaginative way to help merchants mitigate the coming disruption to their businesses by creating a street festival. To encourage an onslaught of clienteles, the city installed a boardwalk to encourage pedestrian traffic despite the presence of construction crews and their equipment! 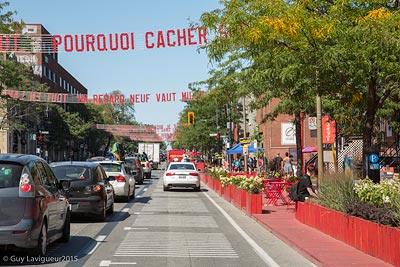 So the use of traditional banners was out of the question due to their lack of wind resistance. Aerogram ingeniously came up with a unique concept of using 2 foot high characters when assembled together formed fun and welcoming messages to both car and foot traffic to the area.

Aerogram provided the city with pre-assembled letter banners that are strong, wind resistance and that can be easily installed on street lamp posts.

And what makes these letter banners even more special is the fact that these letters can later be re-arranged and re-deployed for future street festival/event, thus making them cost effective. 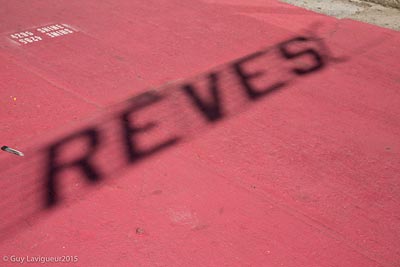 Aerogram was able to exceed the city of Montreal’s expectation and help make La Grande Terrasse Rouge a great success!